This little obsession started anew in late 2013 when I spied the Mystery Machine while my wife and I were shopping at the local Farm Fresh of all places! 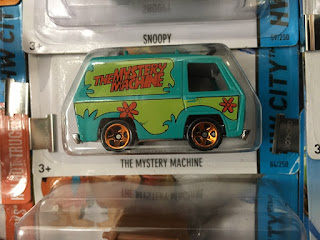 I then set out to try and get what they are now calling the Screen Time series, especially good Ole Snoopy on his hot-rodded dog house! It took me quite a while to locate him, but since then I've found newer card variations as well as different wheel variations! 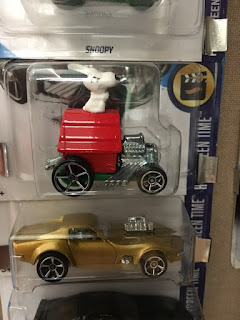 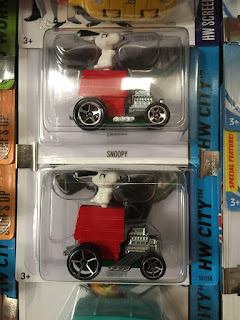 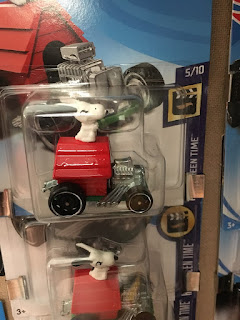 They've kept that series alive, adding and subtracting different models/castings, and even added a casting of everyone's favorite Marvel Spaceship, Milano from the Guardians of the Galaxy Franchise!! 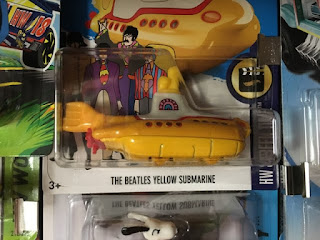 The yellow Submarine was tough one to find for a while! 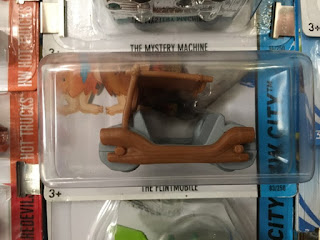 Fred's ride was an eBay win! 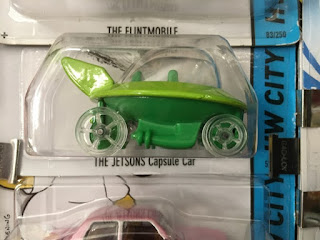 Meet George Jetson! (admit it, you just sang that!) 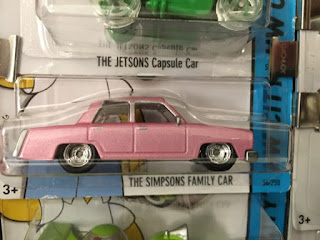 This one is a transplant, a retro-entertainment version on a mainline card. 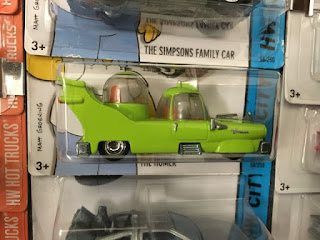 as is this one as well. 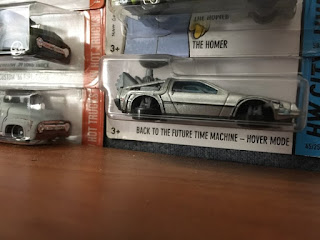 one of my favorite finds was the Time Machine-Hover mode! 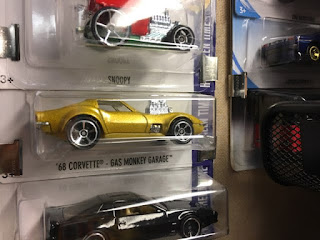 Does anyone else watch Fast and Loud, this is the Midas Monkey from that episode. 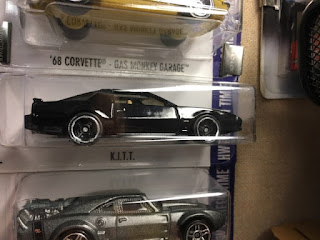 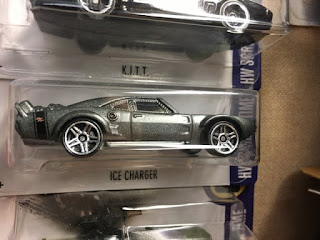 There are a few Fast and Furious mainlines out. 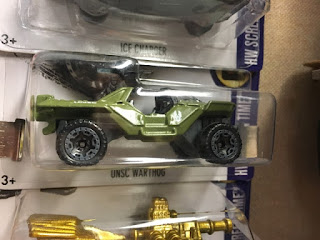 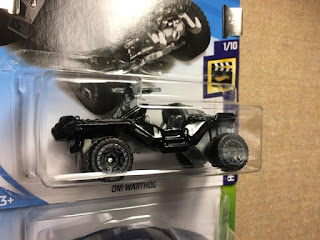 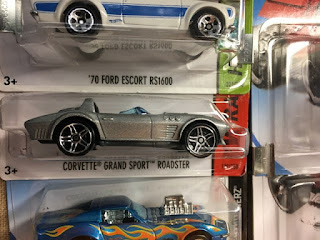 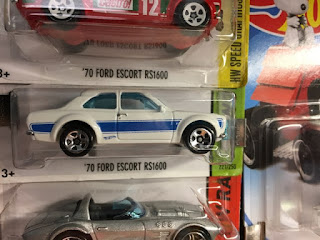 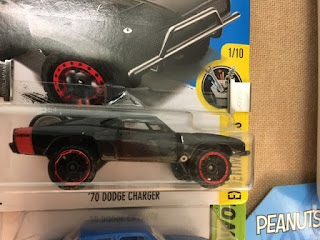 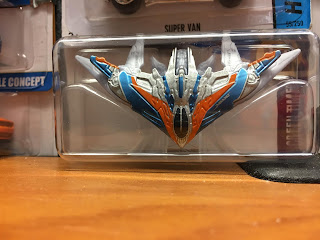 and the Milano. (which comes with either a clear or blue-tinted base!)

Then in 2017, they released a Super Treasure hunt version of the Mystery Machine. Though I had no luck in finding one on the pegs, I was able to find a duplicate of the Camaro Super and found someone to trade me for the Mystery Machine! 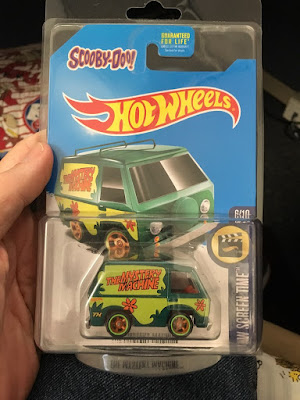 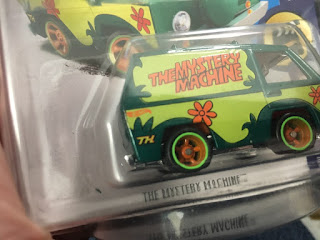 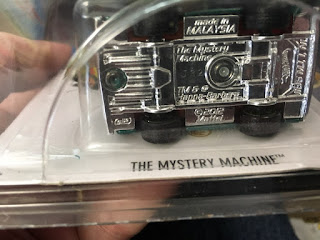 Mattel also released a Car Culture version of the Mystery Machine which I decided to use for my first custom car and card combo. 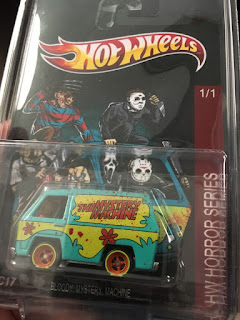 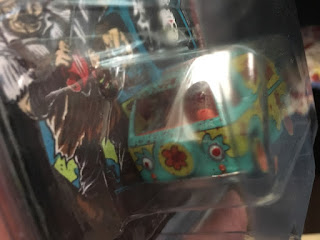 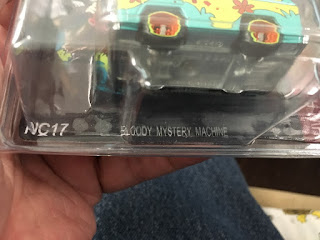 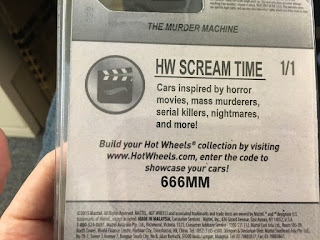 didn't turn out to shabby if I do say so myself. My wife has always been a huge horror fan and I thought the Murder Machine picture was perfect for this little project.

thanks for reading!
Have a GReat day!
Happy Fourth everyone! I'm headed to Atlanta for the week to visit dear friends!!
Dawgbones

Now for some Q&A:

Angels in Order:
I could be interested in some of the older stuff, especially if it's still on decent cards. and yes, Super treasure Hunts are still around, I've found about 20-25 in the last three years, not too bad for a part-time collector. (you could always send me an email... dawgbones (at) cox (dot) net...) 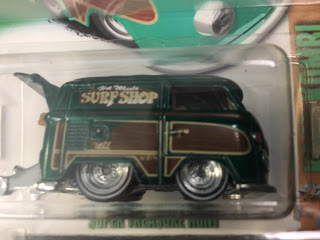 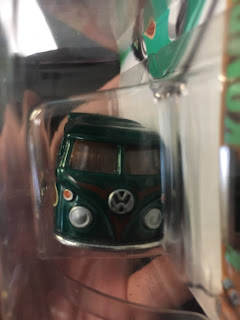 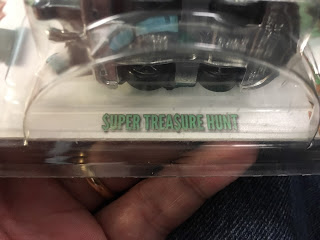 Fuji:
I've still got a lot of the cars I played with when I was a younger kid, and have traded some of them for more modern versions, including swapping an original 1980's '68 Camaro for the Kool Kombi super Treasure Hunt (both loose...) Even loose, that Kombi still commands $50 or more in mint condition!! (I had someone make me a card for that one to help protect it, I can't bring myself to drop the $75-100 for a mint on card version yet!)
Posted by Dawgbones at 11:59 AM

I totally wanna find one of those Mystery Machines. The Yellow Submarine is sweet too.

As for the Kool Kombi... that's a little out of my price range. Not sure if I shared this in the comments before, but I did find some Johnny Lightning VW buses back in 2016 at the flea market:

The Hollywood series is what got me back into Hot Wheels. I really enjoy the series much to the wife's angst. Great post. Thanks

And great custom by the way. 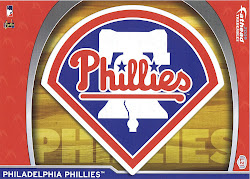